We learned last week that there is a strategy to the First Look activities written for each week’s curriculum. We also learned that we have seven different types of activities that we will be discussing over the next few weeks.

We’re going to start with MOVEMENT!
We think this one is so important, we give you two of these type each week.

If you’ve been around a preschooler, you know that they are constantly on the move. There’s a reason for that.

There are three basic learning styles: kinesthetic, auditory and visual. Most young children, especially preschoolers, are kinesthetic learners. That means they learn by touching and moving.

In other words, we are fighting a losing battle when we expect a preschooler to “sit still” for more than a very few minutes. Even when they are sitting, something is moving, be it a leg, a hand, or even sucking their thumb.

Another way to look at this is that preschoolers learn with their whole bodies: Babies put things in their mouths to explore; toddlers smear food all over themselves as they learn to self-feed; a two-year-old automatically moves with the music; three- and four-year-olds run races to see who is the fastest.

Rather than fight this truth about preschoolers, we at First Look choose to embrace it. We incorporate movement into our entire morning. (Have you ever noticed the movement we incorporate in Large Group time? That’s an entirely different series, though.)

We create activities that both introduce concepts coming up in Bible story during Make It Fun and review the Bible story and Bottom Line during Make It Stick using movement. When preschoolers are moving and listening, they are “hearing” more than they would without the movement.

Movement is CRITICAL to learning at this age.

Do you implement our movement activities into your environment? Which are your favorites?

Topics: How To, Orange Strategy 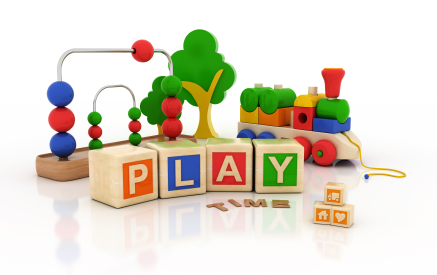 First Look Activities : Wrap Up : One Size DOES NOT Fit All