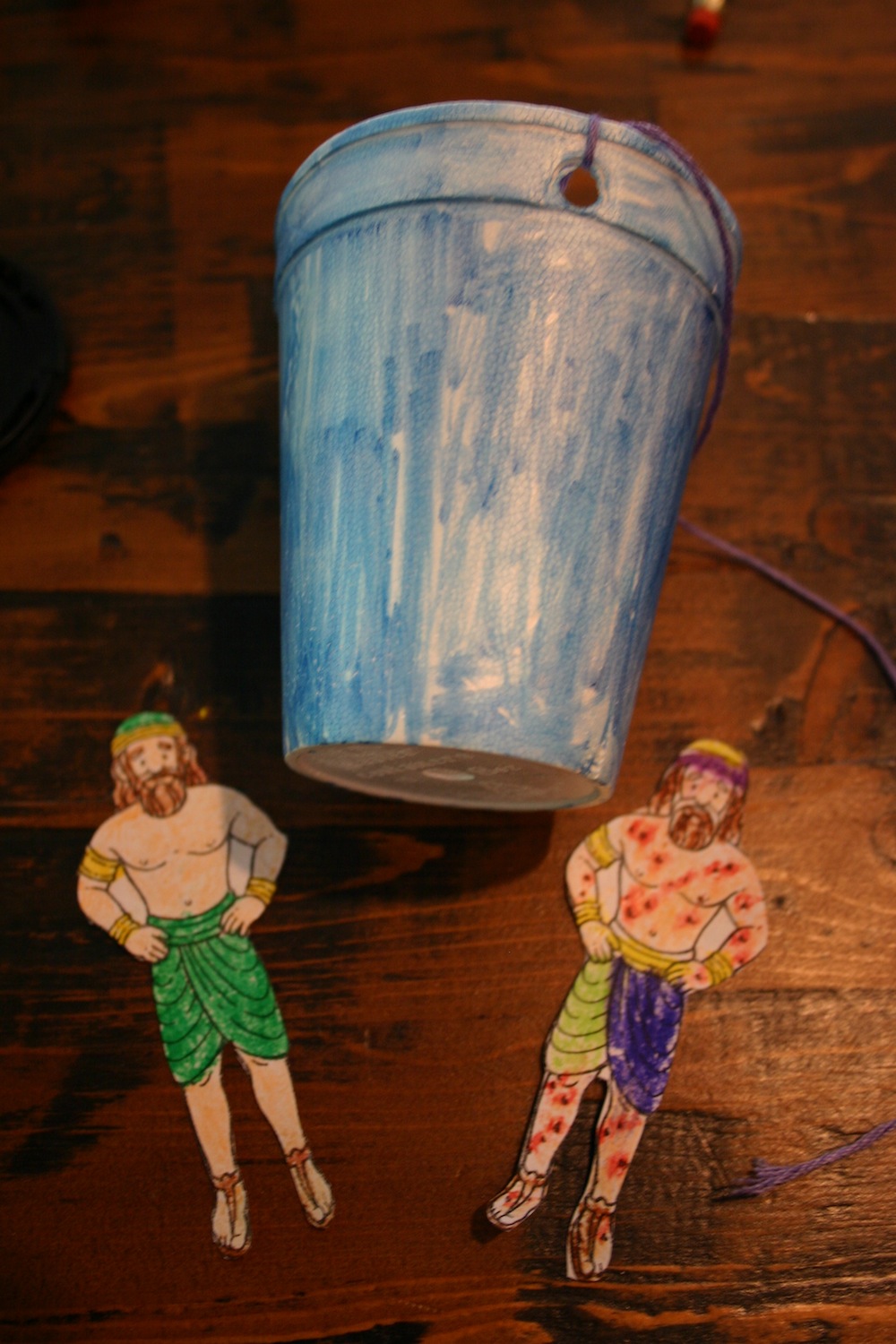 We thought of ANOTHER way to dunk Naaman in the water in our 2s curriculum for August! After all, it’s August and it’s HOT so getting dunked in some water just may be what you need… that’s for later… on to our craft!

Upon gathering all our supplies to embark on some crafty goodness I noticed we didn’t have some of the exact things that were called for in the “What You Need” section for this activity. For instance, I didn’t have any blue paper cups but I did have a white cup and a blue marker and after a few minutes of coloring…. VIOLA! We had a blue cup to use in our craft. I also didn’t have any yarn but I had some string that could easily take its place so we went with that instead and it worked perfectly!

Once we got supplies together, my crafty helpers were on their way! They colored their cup blue and then set out to color the “spotted Naaman” and the “clean Naaman” while I used the hole punch to punch a hole in our cup. As they continued coloring, I measured and cut 12 inches of string and knotted it securely through the hole I punched in the cup.

Finally the moment we were all waiting for. It was time to assemble!

Per the directions in the activity, we taped one of the Naaman cut-outs to the string with tape and then glued the other Naaman to the other side so that the string was between the two Naamans and hiding the string. Nobody wants the end of their string showing…how embarrassing!

With Naaman secured to the string, the last thing to put on was the Memory Verse sticker. I didn’t have any Avery® labels at home so instead I printed them on regular paper, cut them out and then used some clear tape to secure it towards the bottom of the cup.

Our mission was finally complete! Cue fireworks for a job well done and a pretty nifty craft to boot! Now we can use it to review the story of Naaman, and you can too. After you make your own of course!

Topics: How To, Preschool 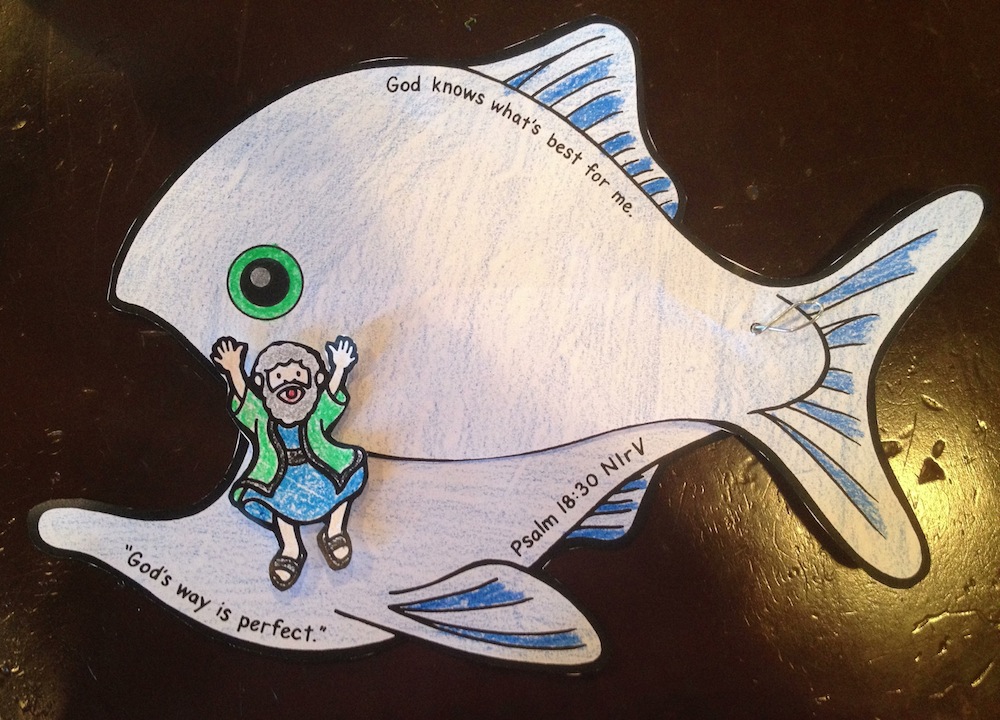 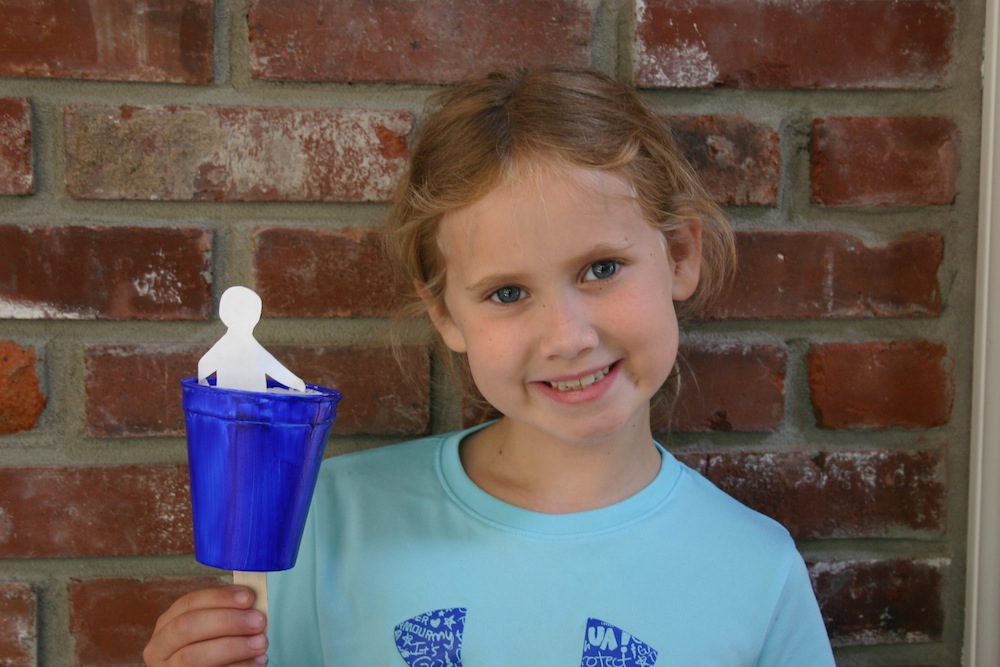 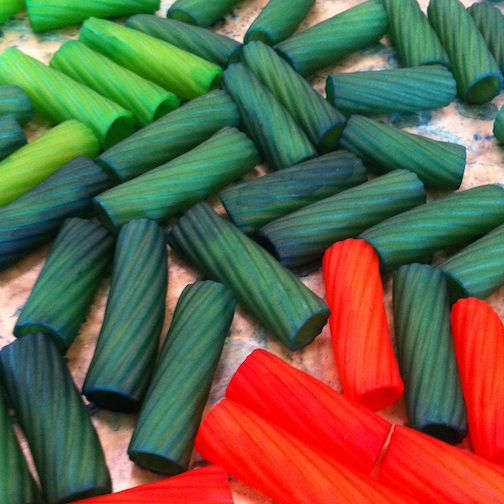