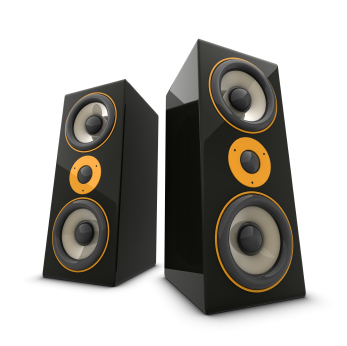 Growing up in Sunday School as I did, I was taught all the great Old Testament stories where the big, booming voice of God would speak to His people.  I pictured Noah looking up into the sky, listening to the powerful voice telling him to build an ark.  Or Moses standing before a burning bush, God’s voice crackling through the flames.  And then there’s that talking donkey.
As I grew older, it became clear to me that God wasn’t talking to me.  Or at least not in the same grand fashion.  I’ve heard stories from people who’ve heard the audible voice of God, but I am not one of those people.  For me, I think, God speaks to me in that still, small voice that Elijah heard when he didn’t find God in the wind, earthquake or fire.  I don’t know what it means theologically, but I’ve always called that voice the Holy Spirit, or perhaps secularly, a conscience.  But here’s what I wish I had been taught when I was in Sunday School that I’ve come to learn in the many years since – that still, small voice gets even stiller and smaller the less I listen to it.
For instance, I really like ice cream.  (Blue Bell Homemade Vanilla, if you’re planning a party for me).  And sometimes, when my wife’s not home for some reason and I’m left to prepare dinner for myself, I might forego the actual meal and just indulge in the creamy deliciousness of the ice cream.  This typically results in stomach problems of some variety and I regret the decision.  Flashback to moments before I scoop the ice cream into the bowl, I hear a voice that tells me, ‘Don’t eat ice cream for dinner.  You’ll feel bad later.’  Then the reasoning begins.  ‘Maybe this time will be different and I won’t feel bad’  or  ‘I’ll eat the ice cream, but this is the last time’ or ‘You know what?  I’ve had a long day.  I deserve this ice cream.’  So I ignore the wise choice to satisfy my craving.
What I’ve noticed in doing this, and in ignoring all sorts of wisdom, is that the next time I’m faced with the same choice or temptation, the ‘good’ voice doesn’t try as hard anymore.  And the opposite is true, too.  The more I listen to the still, small voice, the more present it seems to become.  The more tuned in I am to it.  The more I realize that the voice isn’t there to hold me back from the good things, but rather to protect me from the bad so that I can have better things.  So I guess what I’m trying to do is encourage you (and myself, really) to stay still and listen for that gentle whisper from God.  It’ll save you from having to go around talking to bushes.

Expand Your Vision: Partnering with Parents

Practice What You Preach