It’s a KidzWorld at NewSpring Church!

Dan Kubish is the Children’s Pastor at NewSpring Church in Wichita, Kansas, where he has been on staff for 18 years. Dan and his wife Debbie have 5 children who are all active in the ministry at NewSpring with them. Here’s the story of the impact his team is making on their community. Learn more at https://kidzworldgang.com/
—————————————————————————————————————————————
In the fall of 2010, the KidzWorld staff at NewSpring Church in Wichita, Kan., dreamed about partnering with public schools in a way that would provide a positive impact for the administration, teachers and students. A couple of small opportunities arose as their team provided balloon animals for carnivals and even sponsored a ventriloquist program on bullying for one school.
One of their team members, who was highly involved in one elementary school, suggested to the principal that the team would love to present a high energy program designed to teach values—called them Big Ideas—to students. After further discussion with the principal at Seltzer Elementary, the first KidzWorld Gang assembly was scheduled at the school for February 2011.
Using the value of the month, resources from Core Essentials and 252 Basics, the NewSpring team puts on a 45-minute assembly including high-energy music, skits, videos, puppets and crowd participation games that present the Big Idea in a unique and engaging way. They offer prizes such as class pizza or sno-cone parties for teachers who willingly participate in the program!
The very first assembly promoted the Big Idea of Kindness and featured the story of the Good Samaritan with a twist. A “take-out” also was provided for the kids. Each of the 500 students got a Chinese take-out box with some cards that could be left anonymously when the student performed a random act of kindness. A blog was that was completely separate from the NewSpring website so kids could record their acts of kindness or recipients could post a message of thanks for the kindness. The first program was a fantastic success. Students and teachers loved it! There was great participation in the kindness project. And NewSpring was invited to come back every month.
Within two months, word of mouth had provided NewSpring the opportunity to do assemblies in two more schools. By May 2011, monthly assemblies had been scheduled in four public schools. After one assembly, the principal promoted the program to five other elementary schools and suggested that they contact NewSpring about the 2011-2012 school year.
The KidzWorld Gang is a staff and volunteer group of about 15 people. In addition to the monthly assembly, they provide posters and teacher resources for the schools to help reinforce the Big Idea. NewSpring invested in their own sound and staging equipment so that they could set up in any school without relying on unfamiliar systems or staff to be prepared ahead of time. The assemblies are offered completely free to the schools. The funding for the KidzWorld Gang has been provided by NewSpring Church. The pastor took one weekend near the end of the school year in 2011 to highlight the KidzWorld Gang program and take a special offering. That offering was enough to provide for the equipment and a trailer to haul it. Weekend KidzWorld offerings also go to support the cost of supplies for the program.
With the beginning of the 2011/2012 school year came more interest in the KidzWorld Gang assemblies. By December 2011 eight more elementary schools were added in surrounding communities. They had performed assemblies in 11 schools and were on a monthly or bi-monthly schedule in all of them. Word continued to spread about the assemblies and NewSpring continued to add new schools to their schedule throughout 2012 until a record month in May 2012. In that month, they performed assemblies in 17 schools. On the busiest day, assemblies were produced in three different schools. For the coming school year, there are 17 schools scheduled and several more requests coming from different parts of the state of Kansas. If NewSpring can accept all the invites and requests for the KidzWorld Gang program in September 2012, they will be going to 27 schools and have the opportunity to share this program with over 16,500 students each month.
The KidzWorld Gang has been blessed to impact the lives of thousands of kids in the public school system. They are privileged to partner with schools to present fun, zany assemblies that teach life-changing values in an engaging way. NewSpring doesn’t promote their church at all in the programs, but every school they go to has students who attend their church, and they are proud to announce to their friends that the KidzWorld Gang is from their church. Administrators also know the church home is NewSpring and they are willing to tell parents about that if they ask specifically. In fact, many teachers and administrators now attend NewSpring. Nearly every weekend first time guests attend KidzWorld who have come because they heard about us through the KidzWorld Gang program. The first participating school, Seltzer, has done year-end parties and let their kids come to NewSpring church’s KidzWorld environments for a movie, pizza and play time as rewards for excellence in school.
Is it a lot of work to do so many assemblies each and every month? Absolutely! But NewSpring believes it is definitely worth it to see kids jumping up and down and shouting out with excitement while learning a virtue that might just change their life. This incredible journey has been the passion of a group of ordinary people who were willing to work hard and do extraordinary things to impact the world around them. NewSpring encourages other churches to explore the possibilities of partnering with schools in their areas to meet the great need for virtue-based programs in public and private schools. NewSpring believes their story has just begun. They don’t know what opportunities God has in store for the KidzWorld Gang but they are ready to walk through the open doors and watch Him work in an amazing way! 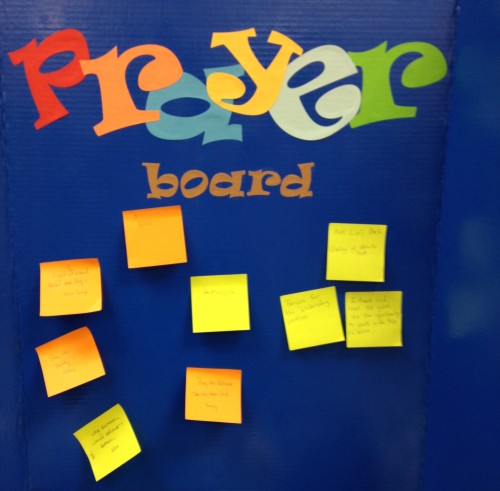 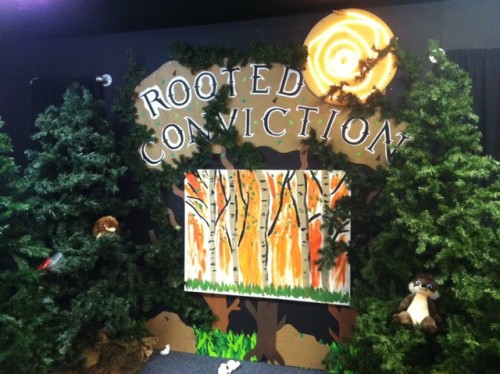 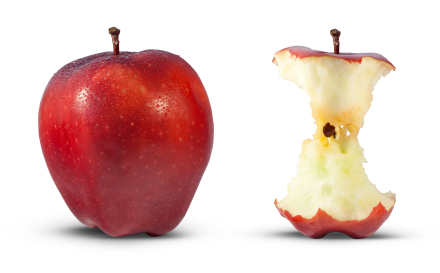