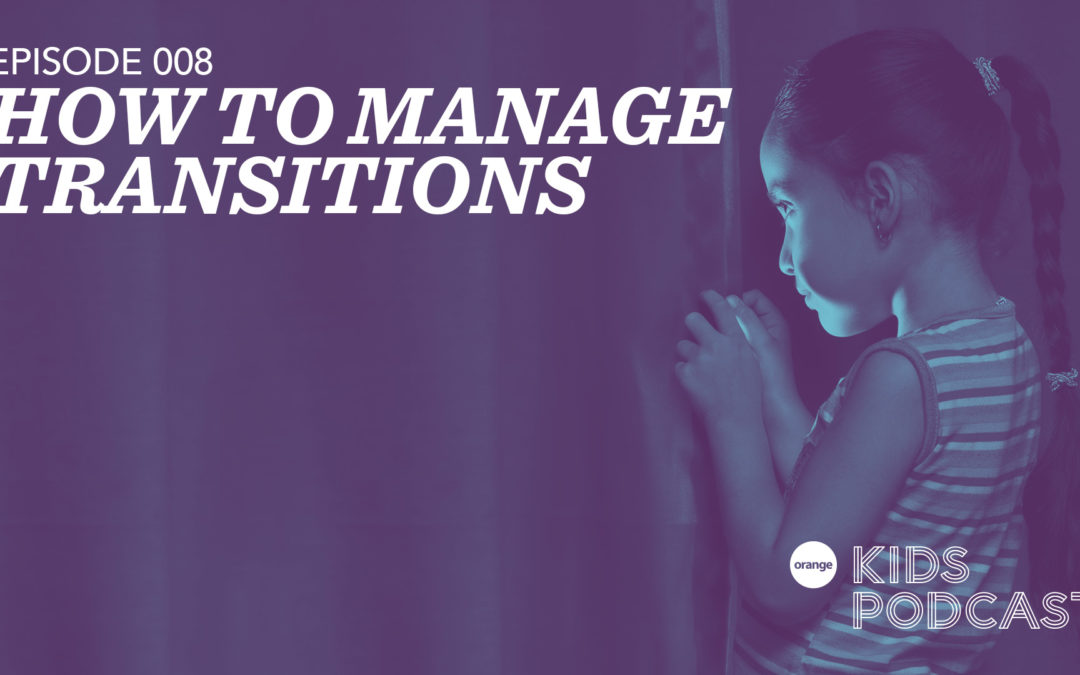 This week, Dan Scott, Curriculum Director for 252 Kids and Preteen at Orange, and Brittany Compton, Director of Preschool Strategy at Orange, join hosts Mike, Gina, and Kellen to talk transitions and how to plan for moving kids from one environment to the next. (Also on the agenda: the napacinno—real or mythical?) 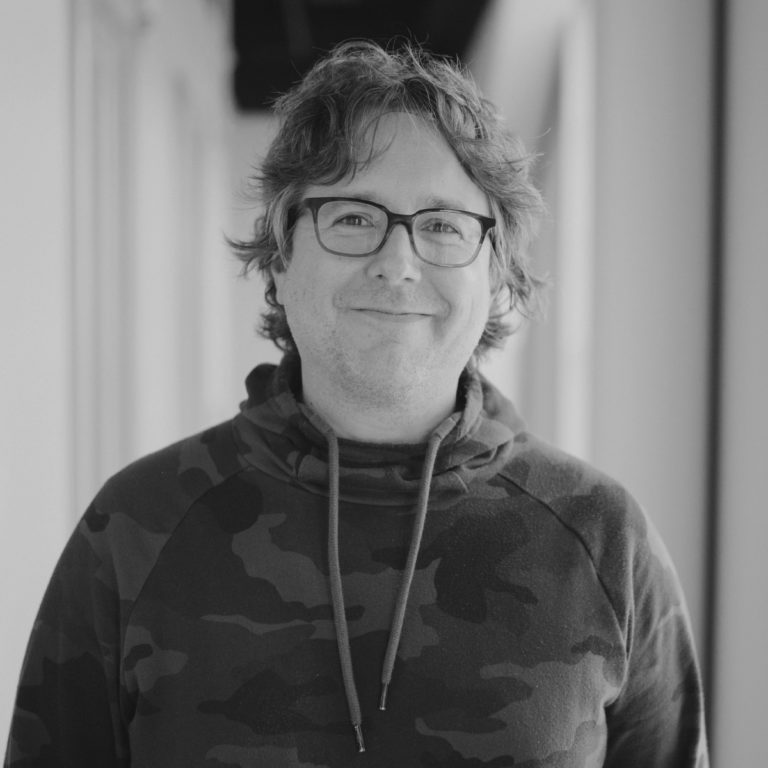 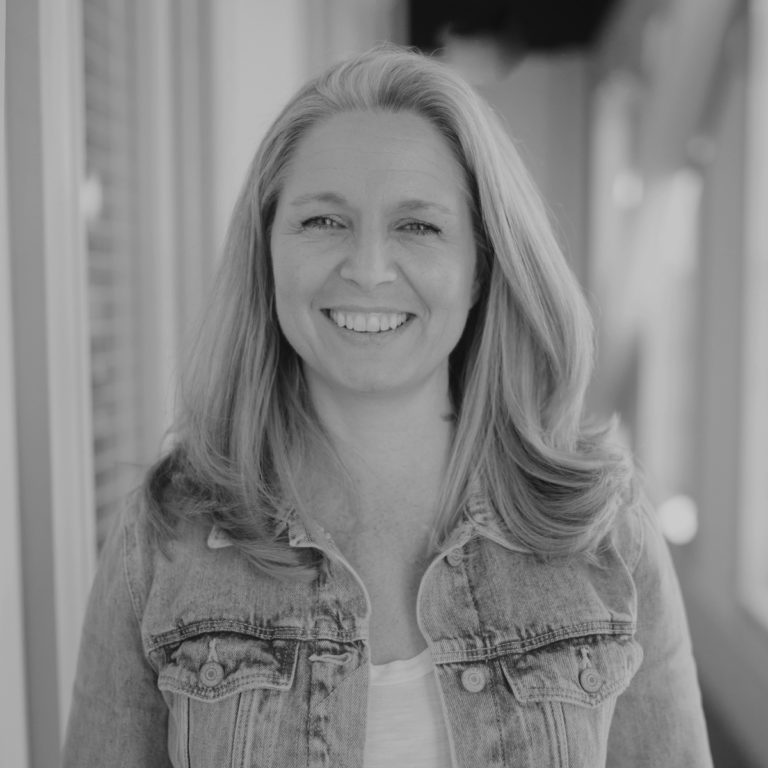 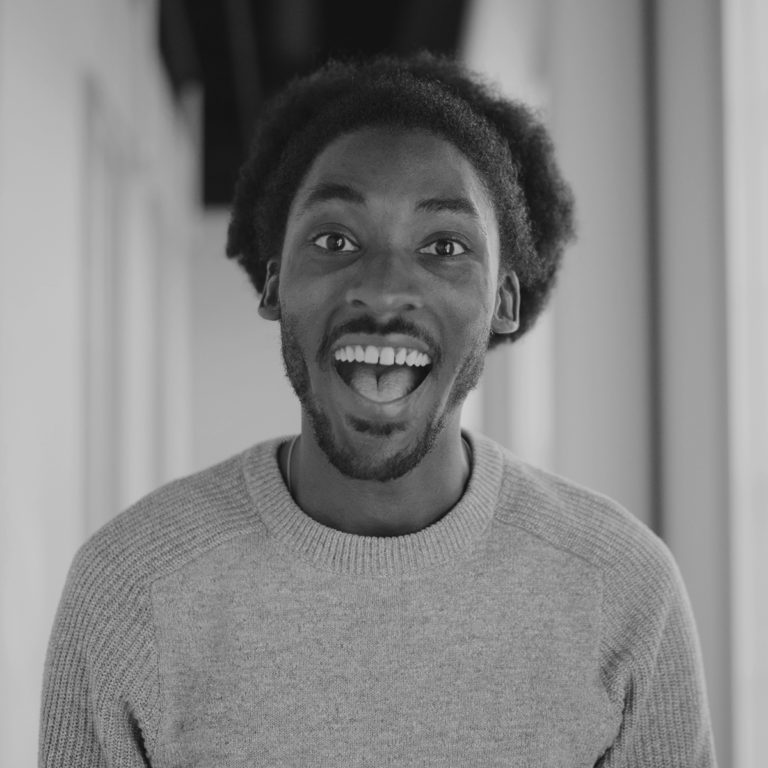 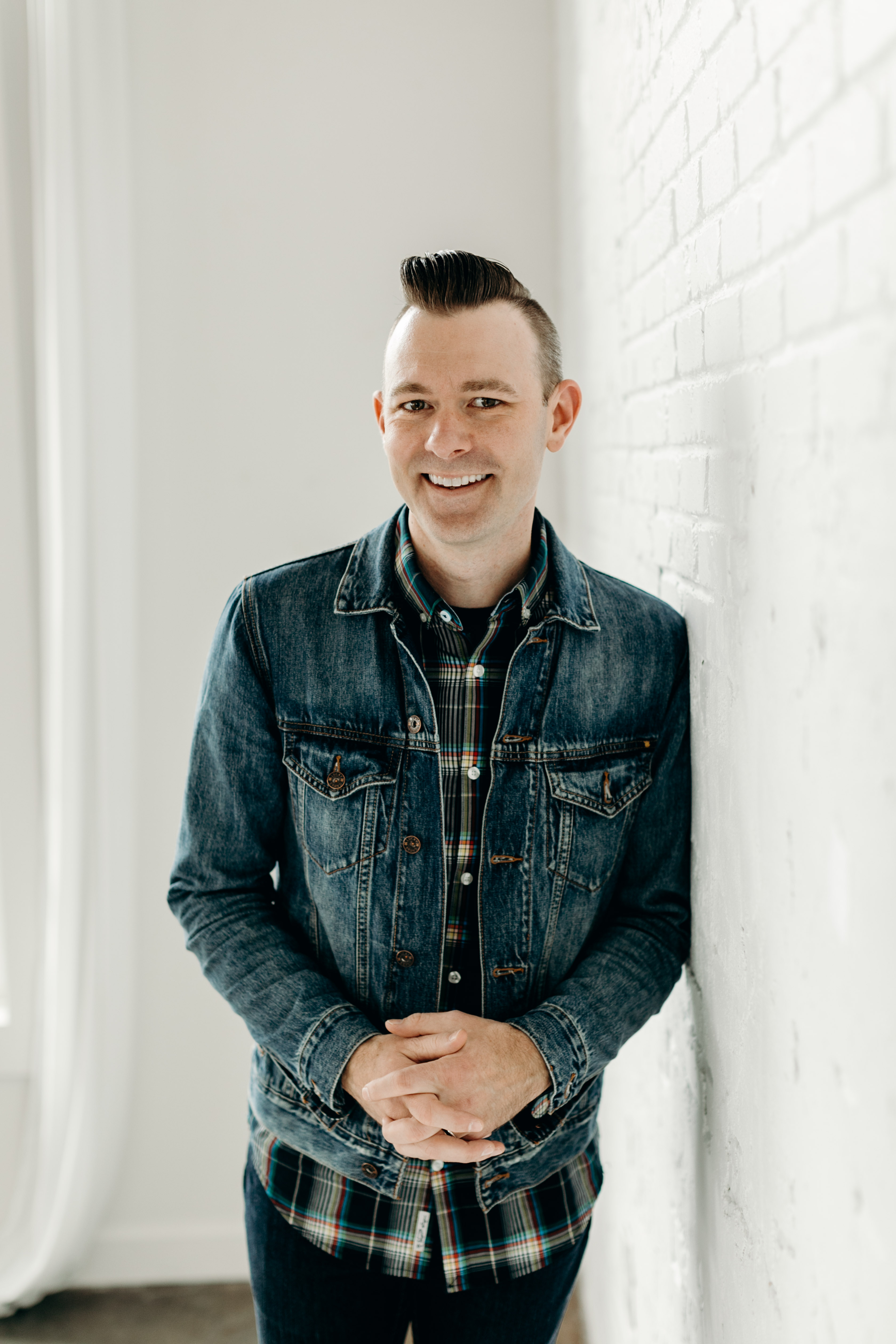 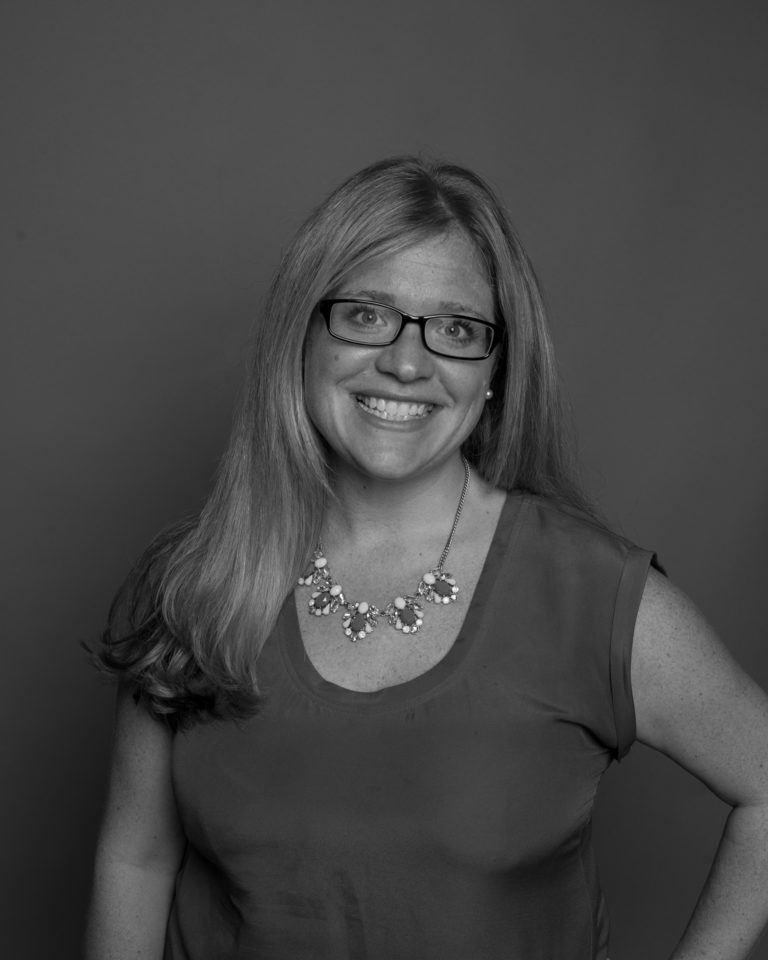 Welcome to the Orange Kids Podcast, where we talk kids’ ministry and discuss practical solutions to our weekly challenges. This week, Gina has elevated Mike and Kellen to BFF status.

Kellen has attained BFF in eight short episodes, is holding a fresh cup of coffee—and yet is still not satisfied.

No: he wants a napaccino.

A what? Mike claims this is not a thing.

Mike is overruled by Gina and Kellen.

Fun fact: A napaccino occurs when you drink a cup of coffee, and then take a 20-minute power nap before the caffeine hits your system. This is a valuable resource for kid min leaders and probably deserves its own episode.

There’s no way to transition from napaccinos to transitions. So we’ll jump right in. Transitions in ministry are those moments when kids move from one grade or one environment in your church to the next. And they are vital!

That’s why we’ve invited some experts: Dan Scott, Curriculum Director for 252 Kids and Preteen at Orange, and Brittany Compton, Director of Preschool Strategy at Orange. We want to discover how to crush those transitions.

The use of “crush” establishes that Gina is hip.

We also discover that Dan is technically Kellen’s boss on the So & So Show, and that Kellen is “church famous.” This is also a thing. Like a napaccino.

Dan points out that the first transition to look out for is actually a parent transition—dropping off a baby for the first time in the church nursery.

Brittany: These parents are terrified and want to make sure the best of the best is in your nursery. You’re helping them transition into being the key spiritual influencer in their child’s life from Day 1.

1. How do we help with the transition as a parent drops off their baby for the first time?

Brittany: Make sure your environment is safe, up to date, and clean. Make sure you have enough volunteers. For the youngest babies, the ratio should be 1:1 or 1:2.

The environment should be attractive in theme and color scheme.

Your communication is vital. Ask about sleep and eating schedules, favorite toys, etc. Make sure to set the parent at ease.

2. Talk about the preschool to elementary transition.

Brittany: Just like going from home to elementary school is a big deal, so is transitioning from a preschool environment to an elementary environment. This time can be full of anxiety for parents and kids as their whole worlds are being rocked.

What do you do to prepare?

Talk about phase appropriateness and what these kids can do. It’s easy to forget that rising kindergarteners can’t read, and may not even be able to use scissors. Don’t hand them a regular glue bottle.

Hey—They may still be eating glue. Or using it as lipstick.

As an elementary leader, how do you help with the preschool to elementary transition?

Dan: If you’re an elementary director working with a separate preschool director, be proactive. (If they’re both you, have that conversation with yourself!) The transition should happen way sooner than you think it should—three months in advance.

How do small groups look in preschool versus elementary? Movement versus stationary, etc.

Consider your walk-in music. If your elementary music is slamming with lights and pumping music, it can be totally overwhelming for kindergarteners. Use some music that’s been in their environment for familiarity. Lights up a little more, music backed off.

Brittany: During the transitional months, if possible, give kindergarteners their own room or space within the larger environment.

Gina: Give them a separate space if you have a room, but if you don’t, create a space within a space.

Dan: Use Pipe and drape or play panels.

Brittany: Get the kindergartners in the room first so they can sit up front and don’t have to walk through all the big kids. It’s calmer when they walk in. They don’t see the “scary stuff” behind them.

Kellen: During the transition, subdue your fantasy of what the room could be to meet the kids on their level.

Mike: Set up preview services in the months leading up to the transition to bring rising kindergarteners into the elementary service for a short time.

Brittany: Add a box of headphones if kindergarteners want to not hear the music so loudly. (Great investment for any age child.)

3. When should you transition kids to their new environment?

Dan: This should be based on your school district schedule, your church culture, and your space.

Make sure that you have time to train volunteers in advance, too.

Dan recommends waiting until fall to promote kindergartners. Some say to do this sooner so they have the summer to ease in. But a lot of churches go big for summer large group since they don’t have small group leaders over summer, so it can be overwhelming.

If you wait until the fall, it’s a natural time when kindergarteners are already going to a new school. Let them do both transitions at once.

THERE IS AN EXCEPTION: get the fifth graders out as soon as possible. By February, they are done. (A preteen environment can help with that.)

Fifth graders feel a natural transition to middle school after graduating fifth grade. If possible, move up the oldest group at end of school year.

Brittany: Worked at a church where we had to promote kindergarteners at the beginning of summer for purposes of camp/VBS. She created a special environment just for those transitioning kindergarteners for the summer.

Gina: There’s not one single best way to do this. The key is paying attention to transitions.

Dan: Communication is key. Everyone has to be on same page and know what the transition will look like.

4. What’s the opportunity cost if you don’t pay attention to transitions?

Dan: You lose parents and kids.

Brittany: If the kindergartener has too much anxiety and is crying frequently, the family will just stop coming. It’s too hard.

Dan: They’ll give you a few chances, but if it’s problematic for several weeks, they don’t want to go.

Brittany: You’ll hear: My kid just doesn’t like the elementary program like they did preschool. That’s not the case. They just haven’t been properly transitioned.

Gina: If you get them back, it will be around second grade. You’ve lost two years of engagement and building a connection with the child and parents.

Dan: In that time, you’re going from preschool to 2nd grade. They think totally differently. By second grade, it will be like hearing all the stories for the first time.

Making sure that there’s a smooth transition ensures we are building a solid foundation of faith throughout that time.

5. You said you’d move your fifth graders up sooner. What should their transition look like?

Dan: We’ve established they want to leave, but they don’t want to be kicked out. The student pastor needs to own the transition from fifth grade up to the next environment. They need to partner.

Have the middle school ministry come steal the fifth graders and bring them up on the last Sunday of the school year. They should feel so welcomed. Build excitement.

Prep the fifth graders way in advance. Talk to your youth leaders about their best communicators and schedule those communicators throughout the year in kid min. Build anticipation for what they will experience.

Gina: In my context, fifth graders transition out from a smaller context on Sunday morning to a big experience on a night of the week. It’s a larger crowd.

Dan: If the small group structure is changing between environments, there needs to be a lot of communication with parents and kids.

6. How do you communicate to parents about these transitions?

Dan: Parents are hyper focused on that transition. Fifth grade parents are still really involved. They’re looking for information. Make sure they can easily find it (email blast, FB, FB Live). Do an open house. We always hosted a 5th/6th grade night to get a taste of the Wednesday night environment.

What are the best times to communicate about transitions to parents?

Dan: Around January/February is when kindergarten round up starts happening and when rising middle schoolers are looking at classes for the next year. February is a natural time to start the conversation. Lay out the plan and dates.

Parents’ calendars are packed. They want to know the schedule six months in advance.

Brittany: Give the parents some talking points for the kids after a preview. Give them a few great questions to ask their kids.

We’re coming up fast on transition time! If you haven’t already:

Got questions? Want to discuss transitions or the benefits of napaccinos? 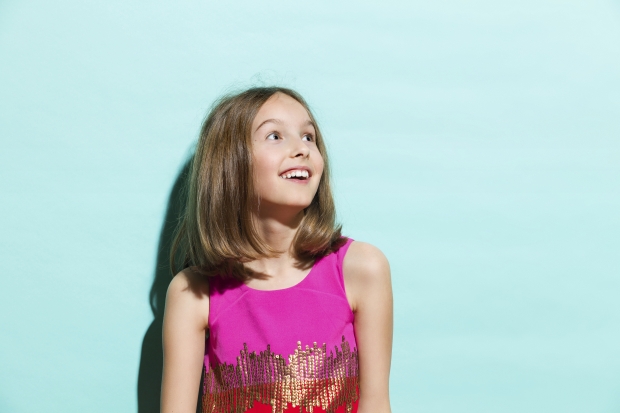 How to Help Tweens Dig Deeper 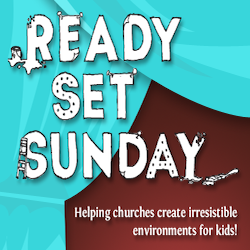 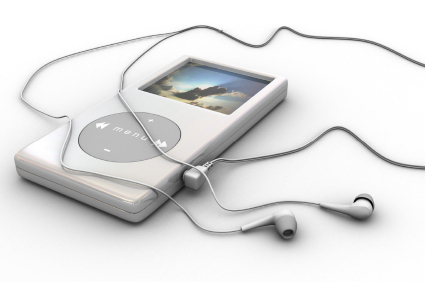 Discuss on Facebook
We use cookies on our website to give you the most relevant experience by remembering your preferences and repeat visits. By clicking “Accept”, you consent to the use of ALL the cookies.
Do not sell my personal information.
Cookie settingsACCEPT
Manage consent