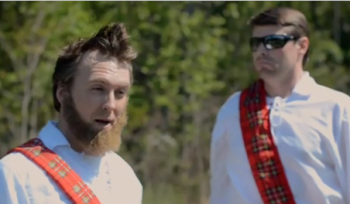 The Mystery of Haggis

So, as you may or may not know, there is a product that we sell called Get Reel 2.0. It is filled with an array of cool videos, graphic slides (that are editable, by the way), sound transitions for your live environments, count down videos themed for each month, and . . . a little video starring two characters named M.C. Haggis and Shamus McFamus.
Now, I don’t know if you are a fan of M.C. Haggis or not, but for some odd reason, I have received more positive feedback on this character and his videos than any other character or product I have ever worked on before. And, well, it baffles me.
Now, I’m not saying I don’t like M.C. Haggis. He makes me giggle. I think he’s a fun, silly character, and what he was designed to do (introduce the monthly widget for all 252 environments) he does pretty well. But, still, I’m baffled.
He was an after thought. He was a character that was used as a “filler” in a Family Experience (FX) script one month when we couldn’t come up with any ideas. Literally, he was created in a creative meeting where NO ONE was having any ideas and I spoke up and said, “Hey. What about a Scottish Rapper?” Everyone looked at me and said, “Sure.”
And he took off. And, if I am being totally honest, it kind of annoys me.
Why?
Well, mainly because every other piece we put on the Get Reel 2.0 product is well thought out, well designed, and took countless hours of development, adjustment, testing, and scrutinizing while Haggis happened after a . . . “Sure.”
And even though all the other videos on that product have been very well received, the one I hear the most about is the one that we did by accident.
BUT, I have been reminded of something because of this.
I think God wants us to always put our best foot forward when we are working in our family and children’s environments. I think putting the extra time and effort into everything we craft is a great way to let God know, “We think You are worth the effort. We work hard because we want everyone who walks in our doors to know how amazing You are.” But, I also think God wants us to remember something while we do all this:
No matter how hard we work and no matter how much time and effort we put in to our ministry, the main thing to remember is that all glory and honor goes to God. We, in the long run, simply get to partner with God in doing what He would do with or without us, and He will always have the final say on how things will work and how He plans to truly reach the hearts and minds of the next generation.
And I have to remember that. And He reminds me every time I get a positive comment about M.C. Haggis. A video/character I thought would be a throw away that He has used to have a surprising impact on families and kids.
Always work hard but always remember: To God goes all glory and honor. It’s not our work that is ultimately bringing the next generation closer to Him, it’s His work that has, does, and will continue to do so.
Ain’t that right, Shamus?
Aye! 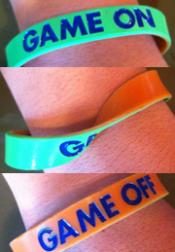 Elementary | How To | Parents

What’s in a Widget? 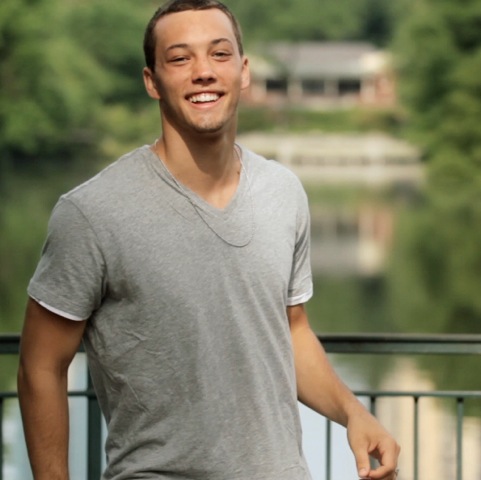 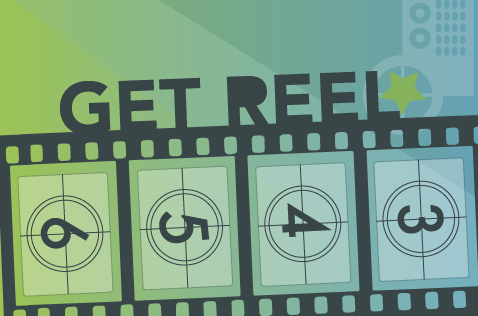 The evolution of Get Reel