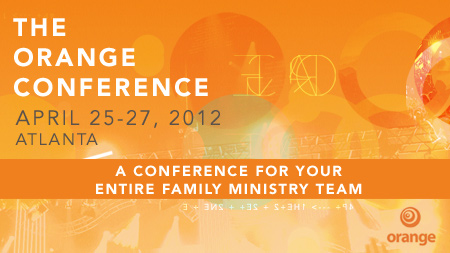 No, it won’t be all fun and games, but OC12 will have some healthy competition! And there are all sorts of prizes up for grabs this year so listen up.
Orange-opoly
Last year, conference attendees had a lot of fun hunting for Golden Tickets. This year, we’re giving OC12 goers the opportunity to play Orange-opoly! A total of 12 game cards will be hidden around the Convention Center and Arena for us to hide and for you to seek. Each one will be associated with a different kind of prize, ranging from Orange resources to experiences to conference tickets for 2013. Once the conference begins on Wednesday night in the arena, let the game begin!
Be on the lookout for these cards:

Show Some Flair
Win an iPad! You must collect 14 out of 16 flair, or buttons, to be eligible for the prize. (Hint: A unique piece of flair will be given out at each of the four age-specific networking events, so you’ll need to attend one of them to be able to get up to 14 total. And each has limited capacity.) The flair will be given at several of the booths and other key points during the conference. It’s up to you to figure out how to get up to 14!
The iPads will be given out during the final session of OC12, and you must be present to win. Score an extra bonus prize for wearing flair from OC11!
Good luck!

Resources to Help You Change the Game 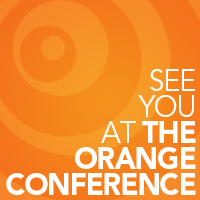 What is YOUR Game Changer?